What Brad Pitt Does To The Indians On Indian Reserves Is Jaw-Dropping!

What Brad Pitt Does To The Indians On Indian Reserves Is Jaw-Dropping!

If you were to ask who some of the best actors are in the movie business today, most people will usually drop names like Al Pacino, Robert DeNiro, Johnny Depp, Tom Hanks, and even Tom Cruise. One such name guaranteed to be on the list is Brad Pitt. The star of such popular movies such as Fight Club, SE7EN, and Troy has a list of accolades that would span the length of multiple pages if written in a book. However, there is one thing Brad Pitt does to the Indians on Indian Reserves that will make your jaw drop. I will even say it is amazingly shocking! 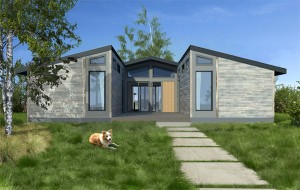 Some of you might have thought Brad Pitt was doing some kind of dastardly dirty deed against the Indians just by how the title was written right? Nevertheless, I will explain to you why this is still jaw-dropping and amazingly shocking. Not to discredit any minority group who’s struggle shouldn’t be ignored, the Indians probably had it far worse than any others. First, they were the original owners of the Americas way before the European countries decided to “colonize” and “claim” them for their countries. As more of the land was colonized, more Indians were pushed away from the land they inhabited for many years. As time would go by, they would be pushed to the limits (at times attacking us ergo the stories of “cowboys and Indians”), and then finally given land known as Indian Reserves. Take note that these so-called “Indian Reserves” were land considered unfit to live on. So to summarize the situation, the original owners, protectors, and nurturers of America were driven from their homes, treated like second-class citizens, then dumped on unfavorable property. Is there justice in that?

Despite the historical negativity, the Indians made use of what they now have as best as they could. Not to mention, there are reports of compensation being given for their ill-treatment in the first place, and not just by the government, but also from others who have a heart of care and giving. According to the original report by Before It’s News, Brad Pitt’s foundation – known as “Make It Right” – is partnering with two Native American tribes in Fort Peck, Montana, to build affordable, high-design, super green housing. They are designated for residents who’s income levels are at or below 60 percent the area’s income, with a percentage of homes reserved for seniors and disabled veterans. 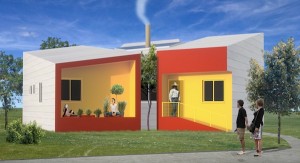 For those who may not know about Brad Pitt’s organization, “Make It Right” was prominent in the news for building 150 sustainable homes in Louisiana’s Lower Ninth Ward right after it was hit by Hurricane Katrina.

Fort Peck is in need of the housing too. In a follow-up report by Nola, it is the ninth-largest Native American reservation with over 6,000 tribal members living in the 2 million acre area. Over 600 people are waiting for housing which means overcrowding is too common of a problem. Not to mention, all the reservations has over 50 percent in unemployment. Three out of every four children live in poverty, and the cycle of abuse among the nation’s first peoples includes widespread problems with alcohol and methamphetamine.

This is probably one of the most noble things to see any superstar do, especially one as popular and prominent as Brad Pitt. Usually here on The Inquisitr, we report a lot on Pitt’s stardom including his joint movie project with wife, Angelina Jolie, or the antics that happened during his appearance at the debut of Maleficent. Why we even reported on a Brad Pitt look-alike running for Congress. That’s how big Brad Pitt is! Nevertheless, it is always nice to see something wholesome about a star underneath the glamour, glitz, and pizzazz of living the super star life.

For more information about what Brad Pitt’s “Make It Right” foundation is about, check him out as he explains what they do in the video below.