and controversies between the provincial government and First Nations over energy development.

“I’m not naive enough to think there haven’t been issues,” Prentice told The Canadian Press in an interview. “I know there have been. But I’ll deal with them.”

The last couple of years have seen almost all of the changes Alberta has made to how its energy industry is governed come under legal and political attack from First Nations.

In court actions, as well as judicial and legislative reviews,aboriginals have argued the province is systematically narrowing the scope of their influence over how development proceeds, especially in the oilsands. 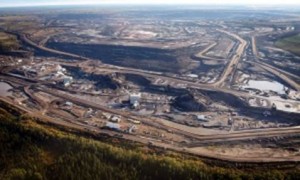 There are hundreds of major resource projects worth billions planned in Western Canada over the next decade. But many projects as well as new regulatory regimes brought in by the federal and Alberta government are facing legal challenges from First Nations. (Jeff McIntosh/Canadian Press)

Aboriginals have refused to participate any longer in government-run environmental monitoring and have boycotted talks on new provincial rules for how industry must consult First Nations.

The province’s dealings with aboriginals have added to international criticisms of Alberta’s development policies. That will change, Prentice promised, starting with the Aboriginal Consultation Office, a new provincial program in which government bureaucrats decide when and how much consultation is necessary. It is opposed by every First Nation in the province.

‘We can’t have consultation legislation that none of the people who are being consulted support.’– Jim Prentice

“It clearly has to be revisited,” said Prentice, who serves as his own aboriginal affairs minister. “We can’t have consultation legislation that none of the people who are being consulted support.

“There’s going to have to be further discussions with First Nations leadership and chiefs. A number of them have flagged it for me personally.”

Prentice added he wants new talks on Alberta’s plan to balance development and the environment in the oil sands. All area First Nations oppose the Lower Athabasca Regional Plan and have argued against it at an ongoing legislative review.

“We’ll start with the plan that we have and continue with additional consultation and collaboration on it,” Prentice said.

“It has been a contentious issue, and I know that. For sure, I will sit down and hear their specific concerns.”

He also said he wants to ensure the province’s energy regulator is making fair decisions on who gets the right to address public hearings on energy development.

“There’s been questions raised province wide about that issue, not only in the context of First Nations, but elsewhere. We need to ensure we have the appropriate test of standing so that the system is balanced and fair and it works to the satisfaction of both the people in the energy industry and people who are directly and adversely affected by decisions that are made.”

‘I want to understand why it’s not working and how we get everyone back working together.’– Jim Prentice

Prentice wants First Nations in the oil sands area to rejoin government-led environmental monitoring programs that he helped initiate when he was in the federal cabinet.

Prentice said the aboriginal cabinet job is important to him.

“I know the chiefs. I know the communities. I have a deep history as a former federal minister. I’m passionate about it and I want to be involved.”